New Space and the Future (as well as the past) of IoT By Fiona McAllister on November 20, 2019 | 0 Comments 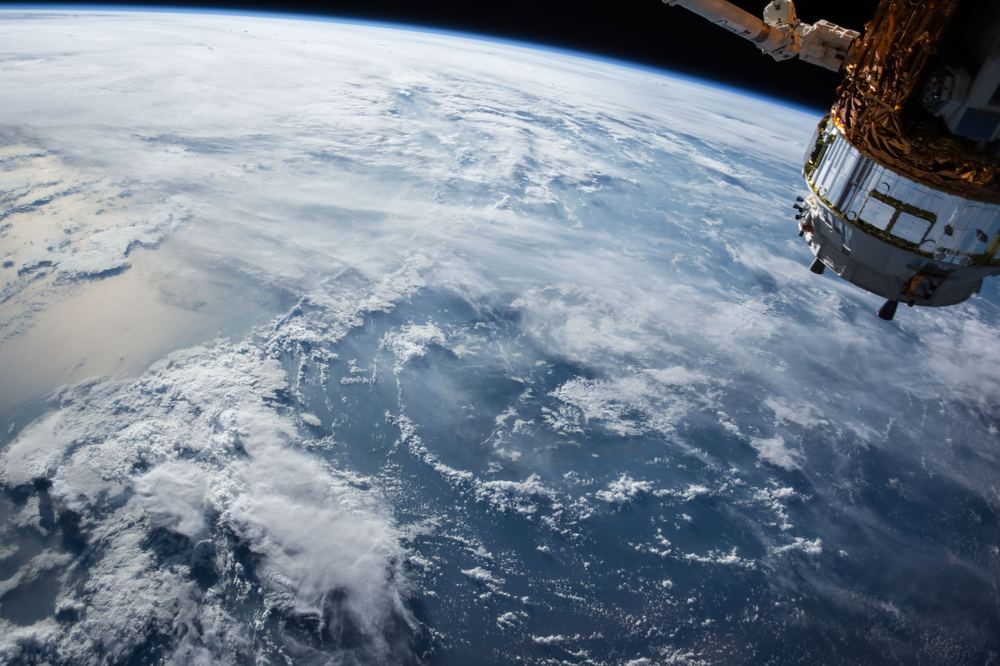 In a world full of buzzwords, you’ve probably already come across the term ‘New Space.’ But, what exactly is it and why should you as developers care about it? WoTT is a security company aimed at Linux distros to secure server to receiver connections in an easy, flexible way. So where do we fit? In simple terms, because developers are needed in all aspects of commerce; but more so, the opportunity to capitalise early on a sector that is estimated to be worth 1.1 trillion dollars by 2040 (and sitting on a comfortable 360 billion now). So much of the focus in the space sector up til now has been setting up infrastructure.

And it’s not as if the space sector is an ‘alien’ endeavour for developers. In fact, in many ways space and IoT have always gone hand in hand.

Manned spaceflight accounts for a very small portion of the space sector as a whole and has typically been motivated by military pursuit. The most ‘popular’ space endeavour, the ISS, has only been manned by crew since 2000 (assembly beginning in 1998). 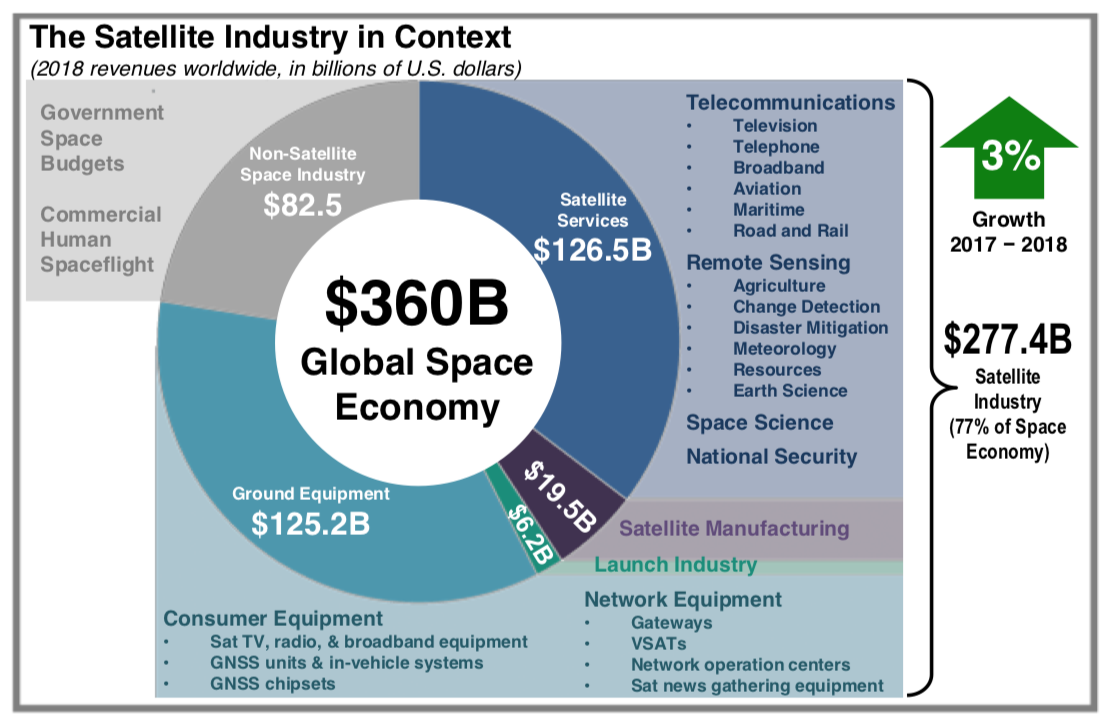 in this image, you can consider manned spaceflight as a part of ‘launch’, graph found here

Generally, most experiments related to space are done remotely. Many of the experiments present on the ISS contain data that needs to be broadcasted to Earth. In short, many of these experiments; which also need to be relatively low power, can be considered analagous to IoT problems. The parallels have always been there. As the use of internet as a medium for transferring data in the space domain grows, so too will the need for security. Companies like WoTT can help broach that gap.

We’ve since moved on from the days of the Space Race and the military era to where we are currently: a more exciting commerical branch of the sector, New Space. It’s here where prospective developers can really shine with many commercial start ups looking to outsource several components (such as security).

We now have the opportunity to interface with projects in space; and not all of them are scientific. There are currently 3 projects onboard the ISS done in collaboration with ESA and the International Space University (ISU); one of which is an art project (a potential area of commerical growth). Users on Earth can interface and interact with this in near real-time. These projects are set up by the onboard astronauts and essentially left to their own devices. Their data gets broadcast to Earth via the internet much like an IoT device. It’s natural to assume more projects like the ICE cubes will become more prominent in the future. As this sector increases, so does its vulnerability; and as we know IoT on Earth is already a poorly secured domain. Remember the Samsung fridges?

We often take cybersecurity for granted in the developer world, but it’s often not even considered by the everyday person; even in scientfic roles. How many of these experiments for example contain common vulnerabilities (which we here at WoTT can help you detect) in their hardware? The demand for workers with a technical background in the space sector is increasing along with these risks.

Additionally, IoT itself on Earth is expanding at an exponential rate and we simply don’t have the infrastructure to support it. There are growing talks in implementing LEO (Low Earth Orbit) satellite constellations as a means of supplying low-latency internet everywhere. This is particularly relevant with the increase of prioritisation of smart cities globally. Satellites can reach corners of the globe that conventional internet supplying methods just can’t. IoTEE is an EU funded project concerned with providing such services to IoT devices specifically, and it is going to be tested on the ISS.

It may still seem as though IoT is a reach for space and that thinking about investing your energy as a developer in the space sector would be detrimental. But consider that NASA itself is investing in wireless technologies in space through in collaboration with US M2M companies. ESA has invested nearly half of its 2019 budget on technological and satellite based development. 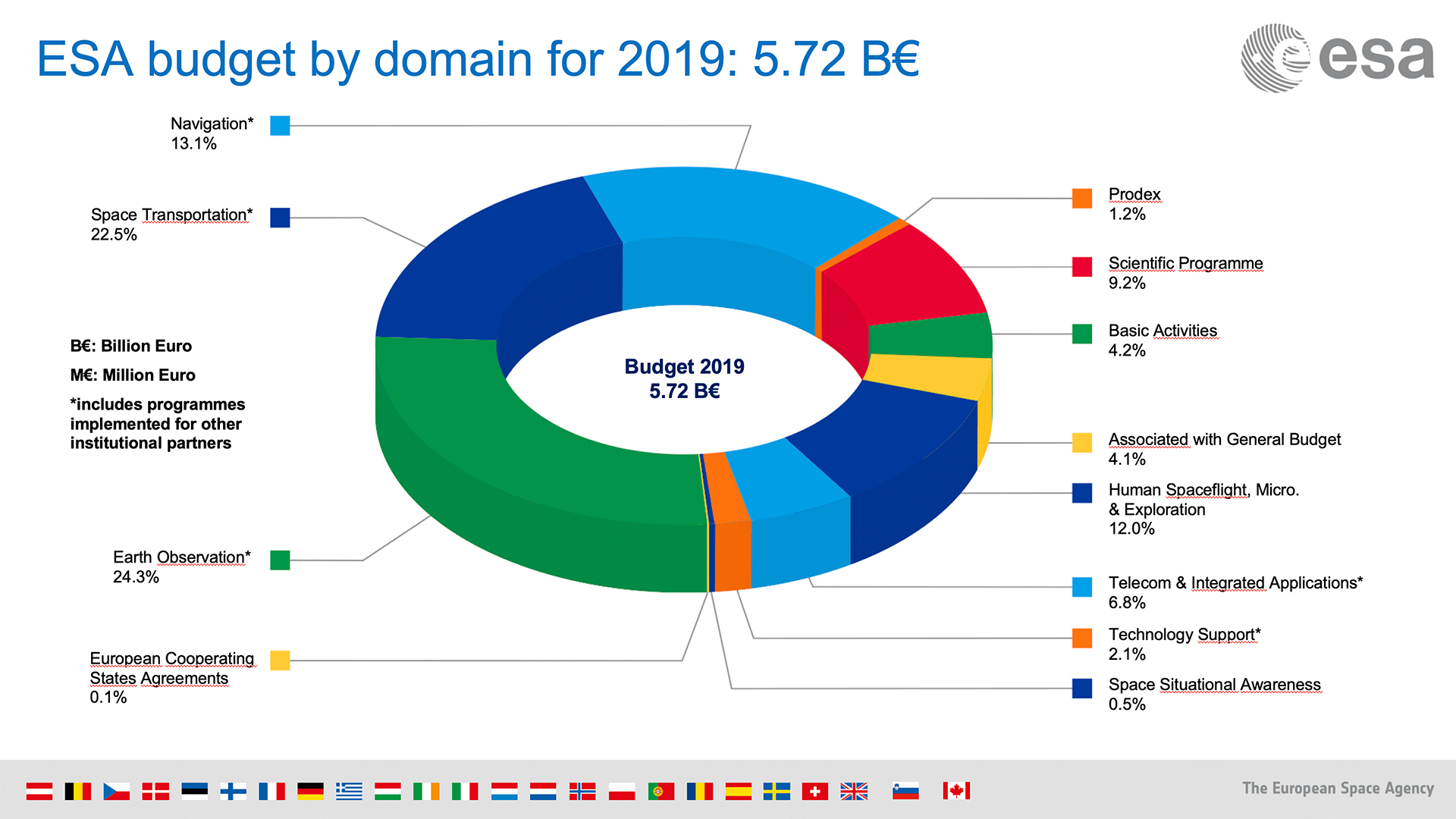 ESA’s budget split up by domain. Earth Observation is a domain that is strongly influenced by the technical domain with AI specialists dominating the field. Taken from ESA

In September of this year, SemTech announced a non-GPS based location tracking service enabled by IoT, a huge step forward in integrating modern IoT with the satellite industry. Alibaba Cloud itself is the third largest cloud service provider globally, and the largest in China.

So not only are we in a position where IoT is relevant, we are in an era where it is becoming an increasing sector of demand both on Earth and in space. AWS are currently working in collaboration with Iridium (a company specialising in worldwide data communication via its 66 satellite constellation) to develop Iridium CloudConnect. When it launches (planned for this year), it will be the first of its kind, offering truly global coverage for IoT applications and expanding AWS services across the 80% of the world it cannot currently reach.

Space IoT is still somewhat a blue ocean market, so the time to capitalise is now. Even since the annoucnement of Iridium CloudConnect, similar startups have already formed. As this sector expands, so does its risks; and it’s prudent for the savvy developer to forsee problems before they happen. The ease of access to IoT will only increase, and security should be on the forefront of every developer’s mind entering this industry. So far we’ve seen several proposed networks for services to connect to and not much in the way of security. A lightweight agent such as WoTT’s (which is ideal for small hardware such as Pis) is an ideal place to start closing the gap.